The Oregon Court of Appeals on Wednesday reversed a $1.1 billion verdict against the state for how it manages forests, ruling that the state wasn’t obligated to maximize logging and profits.

Linn County sued the state and the Oregon Forestry Department in 2016, accusing the state of shortchanging 14 rural counties that transferred management of about 700,000 acres of forestland to the state in the 1930s and 1940s. The land became state forests, with the Forestry Department responsible for protecting it from fire and pests, selling timber and other products and reforesting.

A 1941 law directed the State Forestry Board to secure the “greatest permanent value” to the state, which the counties contend means the state is responsible for maximizing timber harvests and therefore payments to county governments. In 2019, jurors in Linn County Circuit Court concluded that a 1998 state rule that defined the “greatest permanent value” to include environmental goals. Jurors found that resulted in reduced logging and cost the rural counties more than $1 billion in lost revenue. 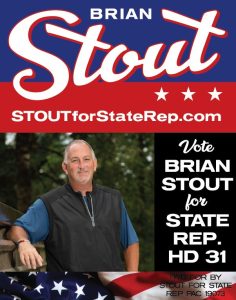 Wednesday’s ruling by the state Appeals Court reverses that decision, though it likely won’t be the last word. John DiLorenzo, the attorney representing Linn County, said he will appeal to the Oregon Supreme Court.

“It is important to note that the court did not issue its ruling based on any of the facts in the case relating to the harm rural communities have suffered by the state unilaterally changing its harvest policies,” he said in an emailed statement. “Those harms are well documented and are the direct consequences of the loss of a timber economy which the state’s leadership has decided is no longer consistent with their ‘urban values.’”

We rely on subscribers to keep the lights on in our independent newsroom. Join us with a digital subscription today.

In a 41-page opinion, appeals court presiding Judge Douglas Tookey said the case came down to a question of whether the state law directing the forestry board to “secure the greatest permanent value of those lands to the state” represented a legal contract between the state and various Oregon counties that ceded forest land. The counties contend that it is, and the state and the appeals court disagreed.

“The ‘greatest permanent value’ management standard is, at the very least, ambiguous as to whether it requires maximization of revenue,” he wrote.

State officials and environmental groups welcomed the decision. In an emailed statement, Attorney General Ellen Rosenblum described it as a victory for Oregon’s environment and for sound forest management.

“The court agreed with the state’s legal position in recognizing that Oregon’s forests serve a full range of environmental, recreational, and economic uses that the Department of Forestry has authority to balance in order to secure the greatest value to all Oregonians,” Rosenblum added.

“In Oregon, we manage our forests not only for the benefit and prosperity of this generation but those to come,” she said.

Along with state policy changes over the past few decades, federal environmental laws including the Endangered Species Act of 1973 have limited how much logging can be done in state forests.

The appeals court reversed and remanded the decision, meaning the state no longer owes the counties and the Linn County Circuit Court would hold a new trial.

Because Linn County intends to appeal the decision, the final outcome could be years away, and political leadership in the state could change. Every Republican who participated in a gubernatorial debate earlier this month vowed to drop the state’s opposition and pay or settle with the rural counties.

This story originally appeared in the Oregon Capital Chronicle and is republished here under a CC BY-NC-ND 4.0 license. Read more stories at oregoncapitalchronicle.com.