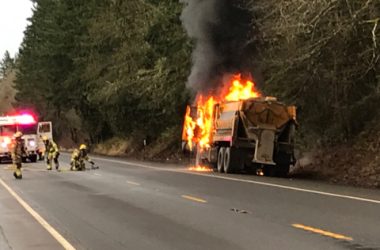 Photo from the scene provided by ODOT BANKS – An Oregon Department of Transportation (ODOT) snowplow caught fire on Highway 6 just outside of Banks on Monday evening, prompting a short highway closure while crews knocked the fire down. According to ODOT spokesperson Lou Torres, no one was hurt in[Read More…]

The groceries your family needs!