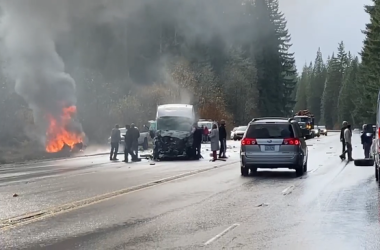 Flames arise from a vehicle after a fatal crash west of the Timber Junction. Photo used with permission. Highway 26 was closed for several hours in the afternoon of Tuesday, November 10 after a Portland man driving westbound west of Timber entered the eastbound lanes on the highway and struck[Read More…] 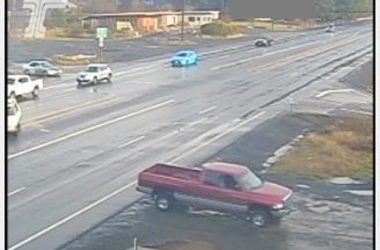 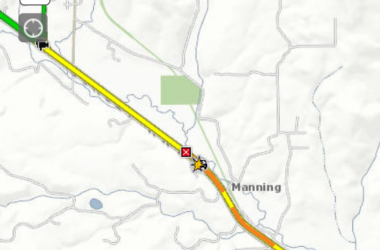 A screenshot of the area the crash is in. Map: ODOT Update: Highway 26 has reopened as of 1:25 p.m., according to ODOT. Manning – Highway 26 is closed as crews investigate the scene of a fatal crash near the Manning Dairy Queen. According to the Washington County Sheriff’s Office,[Read More…]